The sound of crashing

being; beams of light.

This was inspired after a magical evening spent just south of Big Sur, CA. We were just sitting there, totally engulfed by the waves crashing before our very eyes. There was no need to worry about anything, all of it was before us, washing out with the ebb of the ocean’s breaths. The sunlight was a spectacular site, creating a dramatic skyline from a storm that was creeping into the evening. It was hard to look away from the glowing halos the crashing waves carried as they threw themselves against the sea rocks.

You rock rocks. Thanks for the Escape. 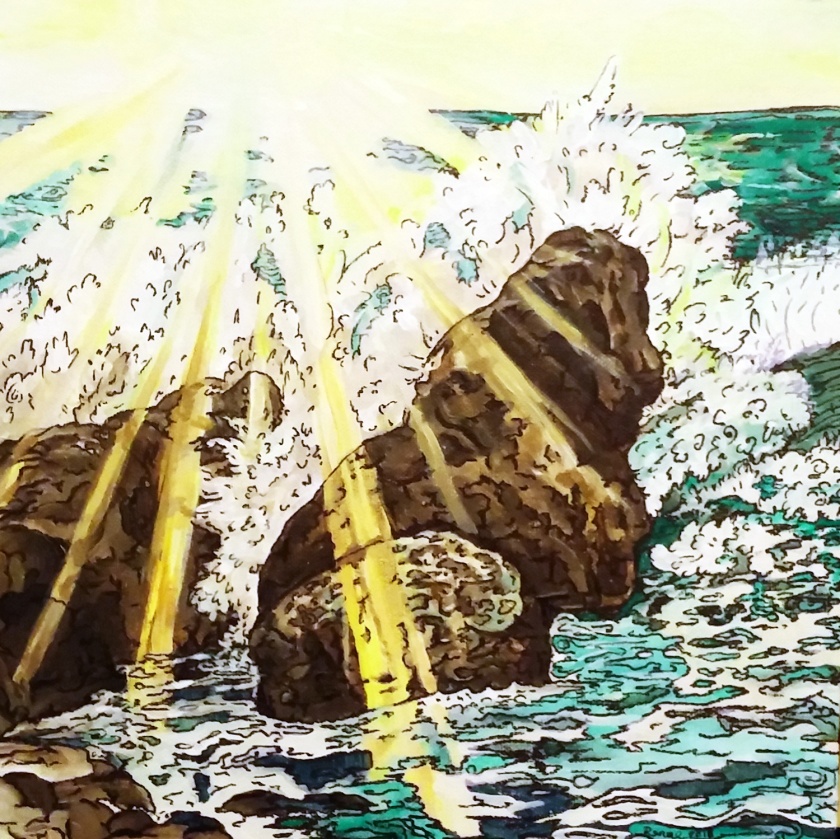